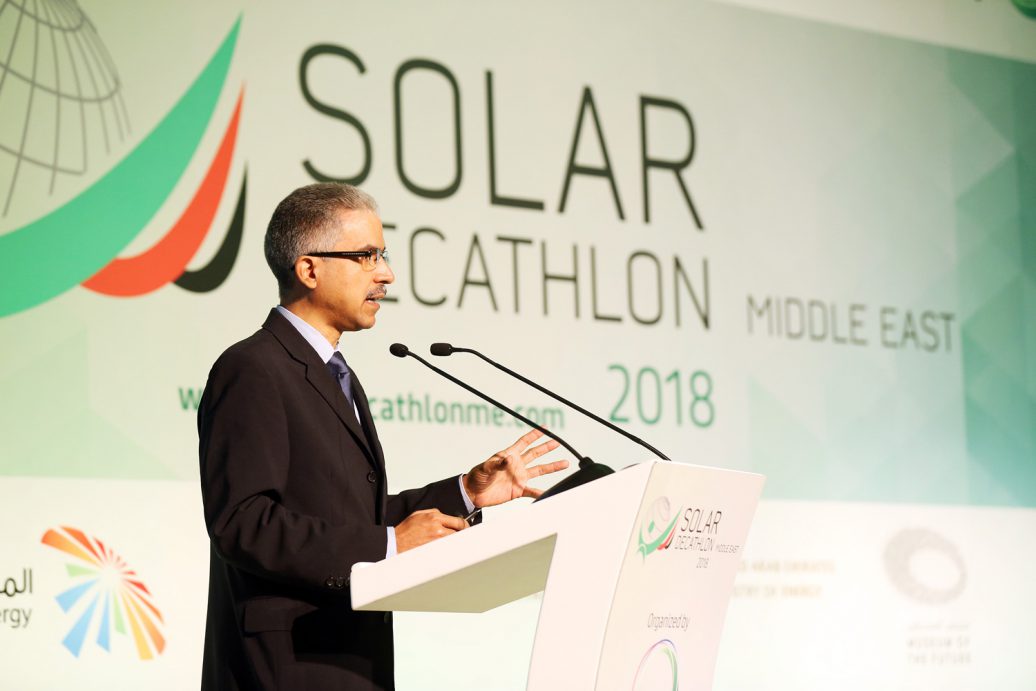 SD Middle East is on a worldwide quest for participant universities!

We are thrilled! The Solar Decathlon family is growing! Our Middle East neighbours organised a workshop
to announce the call for teams, which marks an important milestone in their commitment to host two events in 2018 & 2020. The conference was attended by the U.S. Department of Energy’s Richard King,
previous winners from the SD 2015 (Stevens Institute of Technology, USA) & SDE 2014 (Roma Tre, Italy)
as well as potential participant universities.

Twenty or more teams will be selected to compete in the design, construction & management of individual, solar-powered, energy & resource-efficient homes. Feeling psyched? Go to the SD Middle East’s website where you will find the forms to sign up & get your team on board. The organisers are now accepting applications up until June 30th, 2016. Teams will be selected & announced in October 2016, subject to the quantity & quality of proposals.