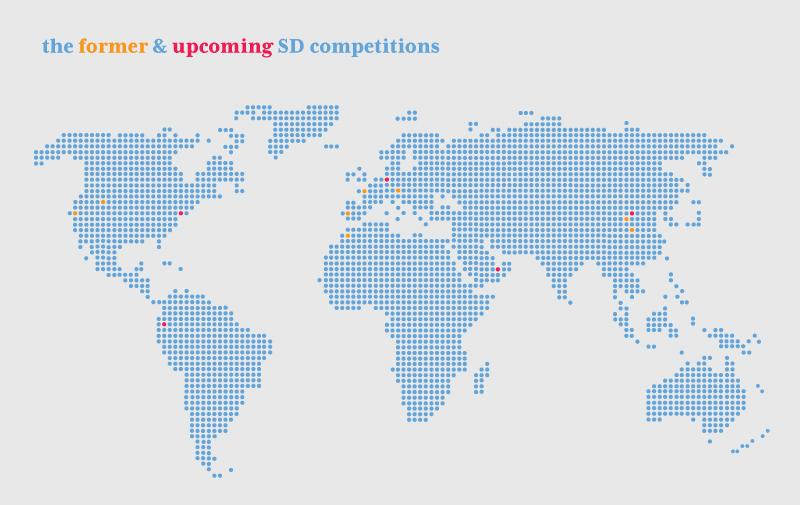 The Solar Decathlon Europe was the first intrepid step toward
the internationalisation of the outstanding competition
in plus-energy architecture.

The SDE is one of five international chapters of the formidable international competition
in sustainable housing & habitation. Initiated in 2002 by the U.S. Department of Energy,
the Solar Decathlon has become a worldwide phenomenon. The first European edition took place
in Madrid in 2010. Further editions in Europe occurred in 2012 (Madrid), 2014 (Versailles) and 2019 (Szentendre).

Future SD competitions are scheduled for 2021 in the US, in the Middle East, in China and in India. The SDE21 (Solar Decathlon Europe) will take place in 2022. More information about these editions and their respective organisations can be found below on the official websites.

More information of SD past editions can be found by clicking on the links below.