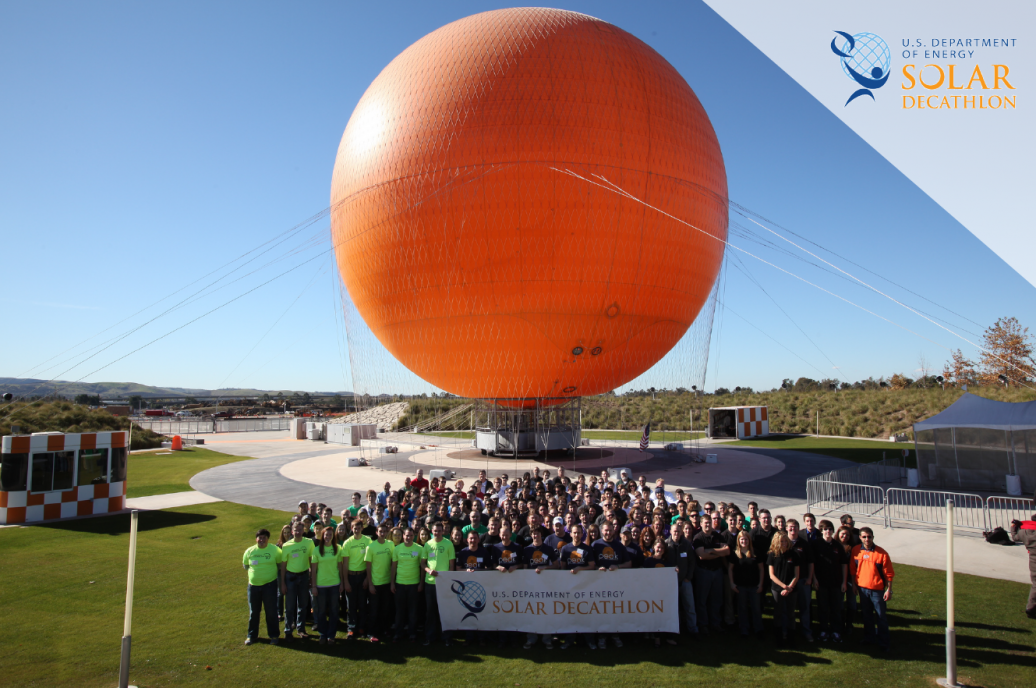 In the two separate competition events, hundreds of formidable university students designed,
built & operated energy-efficient houses originally conceived on campuses from Vermont to Vienna,
from Canada to Central Europe. They responded to the international quest for energy efficiency,
banding together in their respective teams & in a broader community of committed solidarity.

Winning teams in 2013 included Team Austria from Vienna University of Technology; Team University
of Nevada Las Vegas & Team Czech Republic from the Czech Technical University. The first place Austrian team scored top points in the Communications contest, underscoring the ultimate mandate behind social awareness & energy literacy as our most important challenge. In 2015, first prize went to Stevens Institute
of Technology, with their ingenious hurricane-resistant design. The team from the University at Buffalo,
the State University of New York placed second & the California Polytechnic State University from San Luis Obispo scored third. Congrats to all of these teams who worked so hard & inspired so many people with
their beautifully smart houses.

The two SD editions in Irvine were inspirational & motivating milestones for what is sure to be another riveting chapter in Solar Deacathlon history, with the upcoming 2017 edition in Denver, Colorado.
We look forward to the ever-burgeoning meeting of minds at the next U.S. Solar Decathlon, & we thank Irvine for hosting such robust & welcoming architecture competitions under the sun.