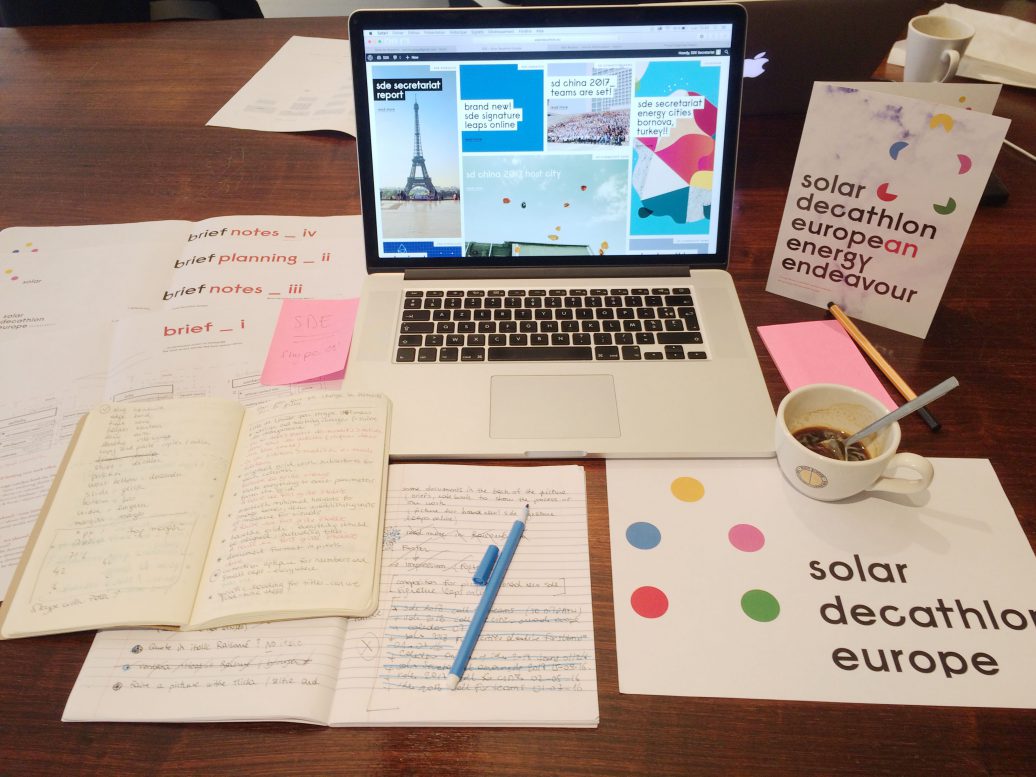 The Solar Decathlon Europe has created a new website!

The story of the new SDE website begins with a recent initiative to consolidate the brand image of the SDE. In keeping with the spirit of university competitions, SDE Secretariat Communications & Creative Director Louise Holloway (recently appointed Director of the Energy Endeavour Foundation) launched and advised master’s degree students during a communication design challenge at l’Ecole de Communication Visuelle,
in Paris. Accompanying Louise Holloway on the jury panel were (SDE Sec.) Secretary General Peter Russell, Paris-based SDE14 communications officers Xie Wei (architect) and Sophie Reuter (art director).
The jury was unanimous in their final selection and the winning team was applauded for their clever interpretation of the fundamental SDE values ‘intrepid – ingenious – responsible’.

The new visual identity for the Solar Decathlon Europe was officially presented in May 2015 to a gathering of former SDE organisers at the Cité de l’Architecture, in Paris. The new SDE signature regenerated participants at the meeting, motivating everyone for future SDE editions, encouraging the SDE’s initiatives for momentum, visibility and support.

Congrats to Kevin Audric, Benjamin Dupont, Siméon Huet, the authors of the new SDE brand
identity & signature. Recent graduates with master’s degrees in Visual Communications at l’ECV Paris,
they are prepped and ready for their careers in visual programmes & message-making.