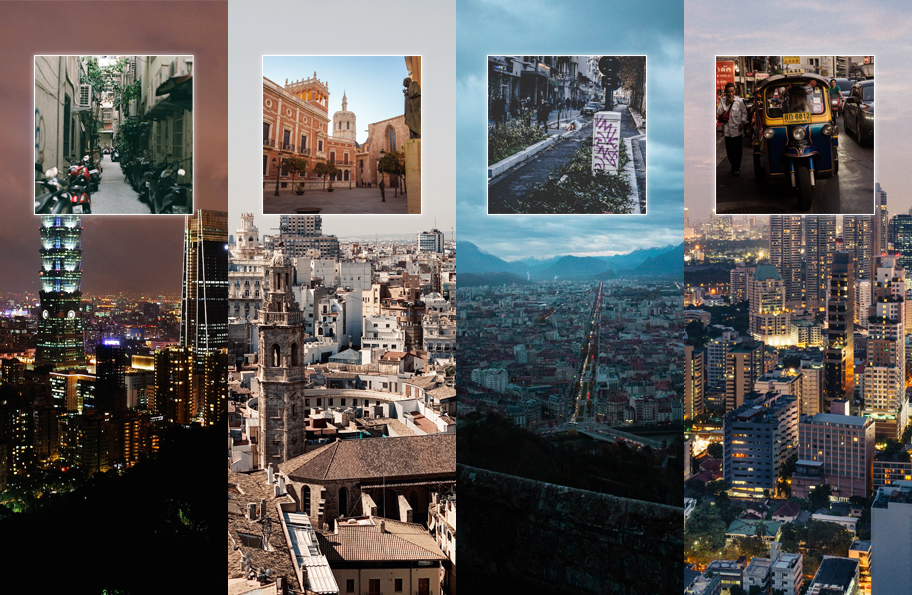 Busy months have passed since the participating Teams embarked on the marvellous journey toward Wuppertal’s upcoming SDE21 (going urban in ’22!). The first ideas in addressing the challenge are taking shape, with the maturation of the projects’ main characteristics. The Teams’ ambition, seriousness and courage are vital traits that will guide their venture towards a carbon-neutral environment.

This first article from our series on the SDE21 journey focuses on the reconstruction of our urban built environment, with specific attention to the background and history of unique locations. SDE21 (in ’22) competing Teams are looking at cultural and traditional heritage through the lens of preservation, in which shaping the old to fit the new will benefit tomorrow’s citizens. Four remarkable Team projects are showcased, revealing their Teams’ intrepid character in tackling glorious and challenging long-standing buildings while unfolding them for the enjoyment of future generations.

Our first stop is Valencia, Spain, where Team Azalea, building on experience gained during the SDE19 in Szentendre, Hungary, offers us an insight into the difficulties of maintaining a bond between the past and the future. The main objective of their project is to give life to a new model of sustainable housing, with great respect to Valencian tradition and history. With their ‘Escalà’ project, the Spanish Team introduces the unique character of their local neighbourhood: El Cabanyal. Once an independent fishing village, the area was first embodied by Valencia’s city expansion, and then seriously endangered by the urban planning goal of gaining direct access to the sea. Team Azalea is designing a self-sufficient dwelling that will represent a significant step forward in the reconversion and rehabilitation of this neighbourhood.

Next stop is Bangkok, Thailand, where Team KMUTT introduces the project UR-BAAN, placing a flag in ‘Talat Noi’, one of the oldest neighbourhoods of the city. The region is known for its second-hand auto parts and engine trading industry, a business locally known as ‘Xiang Gong’. Due to the evolution towards electric vehicles, the businesses have been rapidly decreasing, and the region is now more dependent on tourism than ever before. Therefore, the vast piles of automobile components and engine oil smell lead to uncomfortable living conditions in the shops of Xiang Gong. Using the ‘auto part’ principle, the Team has inspired their design on local trades to achieve its renovation plan of transforming Thai conventional row houses. The strategy of standardising parts in function with architectural vision aims to increase flexibility and the ability to meet specific needs.

Team TDIS or Transdisciplinary Design Innovation Shop, from Taiwan, addresses the overcrowded living conditions in the city of Taipei, proposing a regeneration of their traditional row houses that date back to the 1960s. The idea is to transform the life of the city from overcrowded isolation to dense cooperation. The Datong area is one of the oldest neighbourhoods in Taipei, and aims to resolve both ‘physical’ and ‘psychological’ issues by regenerating architectural appearance, while providing new utilities for the inhabitants. The main features of this project introduce ‘equality skin’, ‘party core wall’, and ‘civic plate’, which will be combined as shared thermal control layers wrapping the building and solving the ‘no-connection’ challenge.

Starting from the societal subject of ‘Anthropocene’, Team Aura, from Grenoble, France, challenges the idea of megacities. Their aim is to break from the trend of densification, focusing their attention on the potential of the ‘distributed urbanism’ concept. The focal point of their proposal is represented by the changes that are taking place locally in the mountain region near Grenoble. By acknowledging the trend of an urban exodus towards housing solutions farther away from congested urban environments and in greater contact with the natural environment, Team Aura aims to requalify the existing mountain stations, such as the Col de l’Arzelier. By tackling these local remains of former ski resorts and providing the incentives to densify this already built, but depopulated environment, the Grenoble based Team for the SDE21 (in ’22) aims at better inhabiting the Anthropocene.

United by their appreciation of the past and concern for the future, these Teams are indeed intrepid in confronting delicate and ambitious initiatives, with a spotlight on local cultural and traditional heritage. Stay tuned for the next chapter of the SDE21 (in ’22) adventure, as we continue to introduce this generation of future-proof city ambassadors.

See all the Teams participating in SDE21 here: SDE21 Teams and Projects