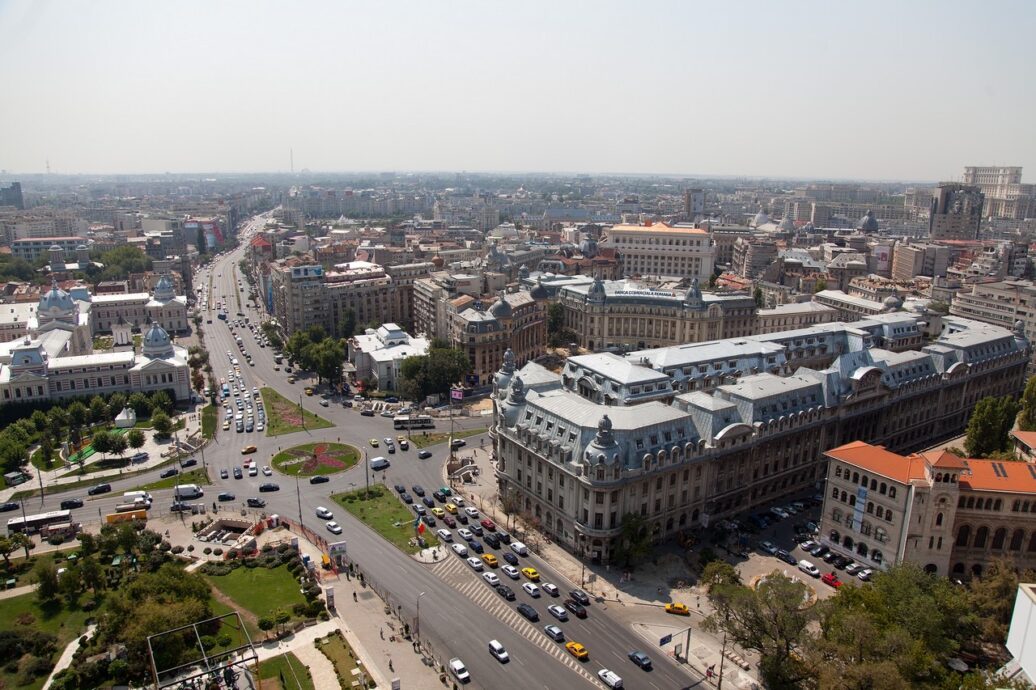 Bucharest is the newly designated Host City for SDE’s 2023 edition!

Update: the press conference announcing Bucharest’s designation as the next Host City took place on the 8th of April. The event is still viewable through the link provided in this article.

SDE23 Organisation // with A. Croitoru  The city of Bucharest has been designated the Host City for the upcoming Solar Decathlon Europe 2023 (SDE23): the singular, ever-thriving, and award-winning worldwide Competition in sustainable architecture, which challenges ambitious university Teams to design, build and operate full-scale, energy-efficient houses that are technically advanced, attractive, and resource-responsible. Events will take place in September of 2023, right in the heart of Bucharest, Romania!

The organising dream team, composed of the Asociatia Solar Decatlon Bucuresti (otherwise known as EFdeN) and the Energy Endeavour Foundation (EEF), is eagerly collaborating to bring the SDE23 to Bucharest. With extensive and continued focus on technological innovation in construction, and for environmental protection challenges, the international student-driven solar home Competition is already enjoying local support from ENGIE as well as from the Romanian Ministry of Environment, Water and Forests.

Press Conference
Romania’s participation in the Call for Cities, and Bucharest’s ultimate designation, were received with enthusiasm and confidence by the EEF-appointed jury, and by representatives of the public and private sectors in Romania. The press conference announcing Bucharest’s designation as the Host City will take place on the 8th of April 2021, at 8:30 CEST, at EFdeN HQ within Bucharest’s Faculty of Building Services Engineering, on Bd. Pache Protopopescu, no.66, Sector 2, Bucharest. The event will also be streamed live on the Solar Decathlon Europe 2023 Facebook page, and viewable post-event. (https://www.facebook.com/Solar-Decathlon-Bucure%C8%99ti-2023-109795704521834)

Experience & Support
Before designation as Host City Organisers, Romanian Decathlete Teams participated in four of the five Solar Decathlon Europe (SDE) editions, starting with the SDE12 edition in Madrid. Ten years later, with the continued support of technical universities in Bucharest, as well as impressive support from the private sector, the Romanian SDE23 Organisers have the honour and the responsibility to host this sixth edition of the Solar Decathlon Europe in Bucharest, in September, 2023.

Youth-Driven
The SDE23 in Bucharest, as with every SDE edition, is looking forward to receiving the ambitious projects of approximately 20 student Teams, all eager to change the European built landscape with one that is even more adapted to current challenges. From entry to presentation, Decathlete Teams spend two years designing, building, and communicating their prototype, preparing their performance for the two weeks of public visits, jury contests, and monitoring. The students organise their multidisciplinary Teams on their own, functioning as young professionals, able to thoroughly cover the launch of their full-scale prototype, from designing and building, to communicating and marketing, to then operating the prototype. The ten (decathlon) contests include evaluation in architecture, integration in the built environment, energy, engineering, innovation, sustainability, and the economic viability for the prototypes’ destination markets.

“Ultimately, we look to the Teams. The SDE23 Organisers in Bucharest are the embodiment of the SDE Team spirit, showing that with true grit, we can lead, and make a real change.” — Louise Holloway, EEF Director

Movement
Initiated in 2002 by the United States Department of Energy, the Solar Decathlon Competition has challenged technical universities and student Teams around the world to design, build and operate efficient and innovative buildings using renewable energy sources. Since its inception, the Competition has grown and expanded worldwide, becoming the leading international ‘design & build’ event in the field of sustainable construction, with chapters on five continents and in ten countries. Based on the original U.S. model, Solar Decathlon Europe was born in 2010 and has evolved in a direction well adapted to the European built environment, encouraging pan-European professionalisation, and fostering its international spirit. Since 2017, the Energy Endeavour Foundation is the stewarding body for all Solar Decathlon Europe Competitions, providing continuity from one edition to the next. The EEF ensures the Competition’s mandate through a structure for the transfer of knowledge, nurturing the values acquired over two decades. These actions stimulate connections between academia and industry, policy-makers, professionals, students, and the broader public, toward resource optimisation and behavioural change.

Go directly to the SDE23 Organisers website to find out more about the Solar Decathlon Europe 2023 Competition.